Some dark January shots from the garden  … 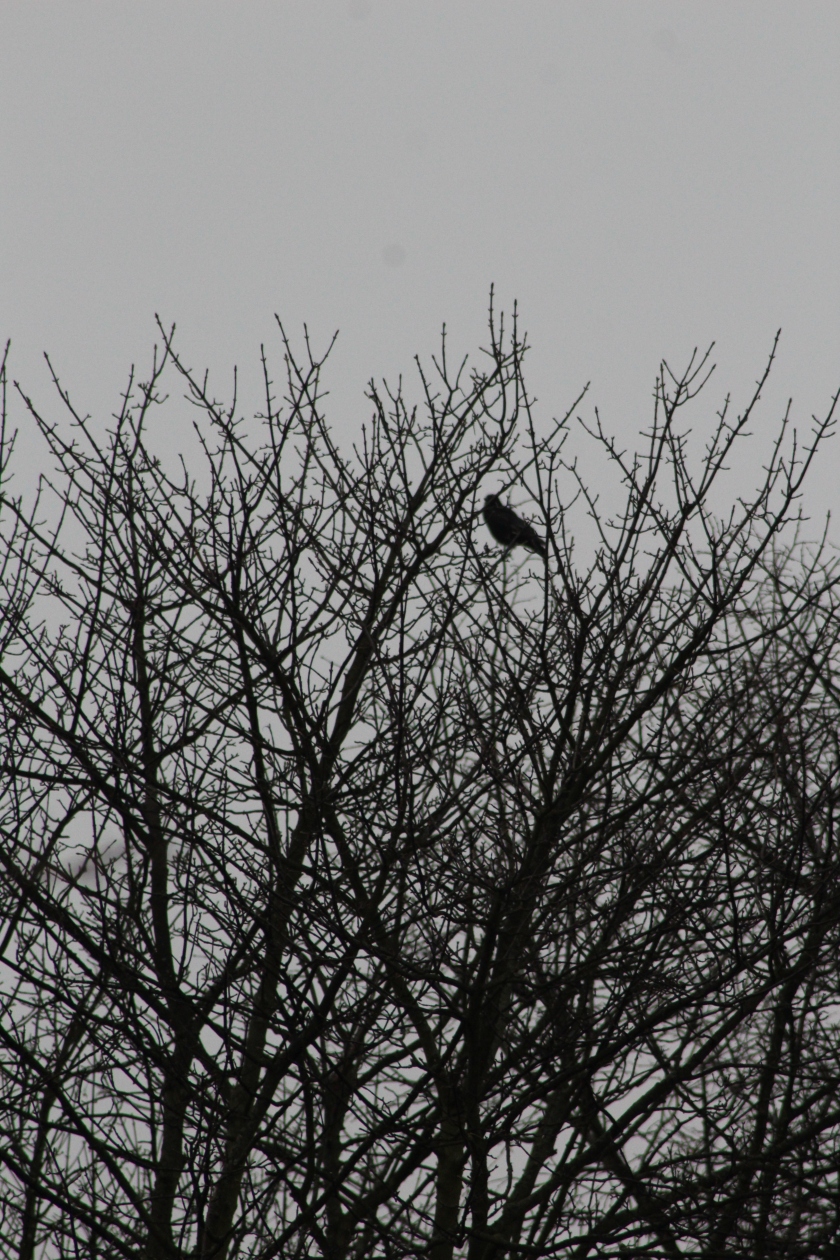 but also signs of new life: 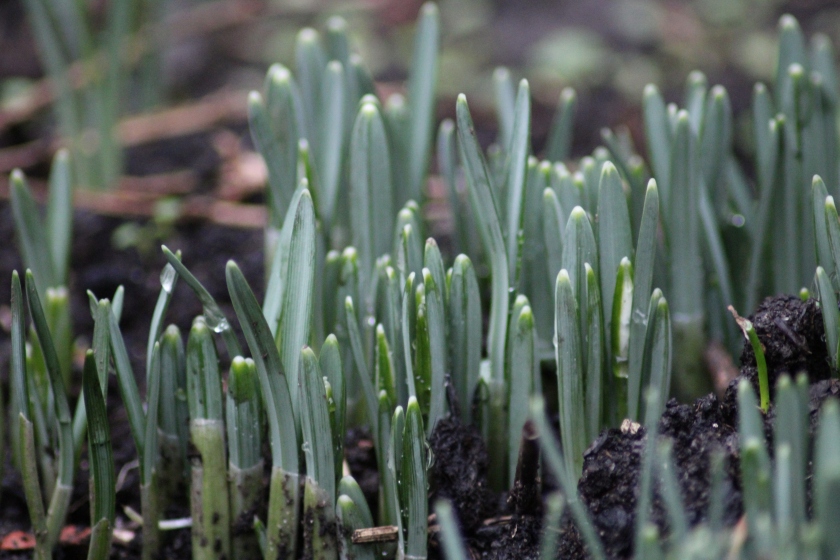 With not a snowflake in sight (though I’m hoping for snowdrops)!

It’s so mild that I’ve been tempted outdoors to do some jobs in the garden. I’ve re-potted a cyclamen (an indoor plant, this one, so not very daring of me) in the hope of keeping it flowering a little longer. I’ve rescued some hyacinth bulbs that I put away last summer and forgot about. Guilt made me look for them and give them a new residence. They were sprouting, and therefore deserve a chance, but they’ll have to remain outside as I found a large grub in the roots of one; I can’t risk them around my avocado plants and cacti, in case any more beasties are lurking therein.  The amaryllis bulbs had completely collapsed – eaten by said grub, I suspect.

Last but definitely not least, I’ve tidied up the two old sinks I use for bulbs. A few plants had decided to set up camp: marjoram, which had seeded there from an adjoining sink;  Ajuga, or bugleweed, which spreads like purple wildfire; and a berried shrub whose name I don’t know. Nothing wrong with any of them, but they were threatening to drown the spring bulbs. Now I’m looking forward to the colourful return of my miniature daffodils and irises.

‘Someone’ had put a plastic pond-liner at the bottom of the garden, exactly where my snowdrops come up, year after year. It didn’t seem important in summer, when we bought it, but I suddenly realised how close we are to snowdrop time and moved it away. The shoots look pale and flattened, but I think they’ll recover! (I posted about snowdrops in February 2015.)

Definitely a lot to look forward to in the next few weeks.

Taken on a frosty day in the gardens of Chatsworth House. So many robins there – some spirited territorial disputes!