A few years ago I tried growing an avocado plant from a stone that was left over. It grew, and grew some more, and then I think I left it with someone when I went on holiday and never saw it again.
A few months ago there was a half-price offer on avocados at my local supermarket. Naturally, I couldn’t resist this great opportunity for healthy eating after the excesses of Christmas. Yes, they were indeed delicious.  Somehow, though, I couldn’t put the two stones in the bin. I planted them in some compost –  a separate pot for each one. They were placed on a table near a radiator (I remembered that from before), and the waiting began. And continued. And dragged on…
They narrowly escaped being binned when still, weeks later, nothing was happening. Then I noticed something. As you’ll see below, it wasn’t pretty.  It could have been a worm peeping out into the brave new world of my living room. But this worm wasn’t wriggling. Could it be…? A shoot! Hope revived. The other plant followed later, as if it reassured by its braver big brother. At first they were thin, spindly specimens. They were carelessly left outside after repotting and were lucky not to die of exposure. But gradually they became stronger, spreading their leaves in apparent pleasure as the evenings grew lighter and the sun started to filter through the curtains earlier and earlier with the approach of Midsummer’s Day.
So here they are.  When the windows are open, their broad leaves wave soundlessly. In communication? Well, I’ve spent so much time hoping they would grow that I could almost believe so.They are ready for bigger pots again. But the question is: what should I do with them now? 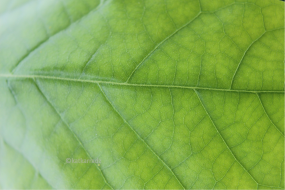 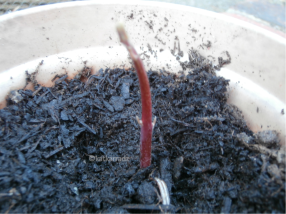 Lovely to see some tulips in the shops! #flowers #tulips 🌷
Out for a coffee... #glass #coffeetime #happynewyear
Still flowering - just! #flowers #gladiolus #garden
Can't believe it's so long since I last posted on here. Where did those last four months go? ⏳ #rosehips #autumn
I love these flowers! #flowers #pink #purple #white #dramatic
I love these flowers, but I can't remember what they're called! #flowers #plants #mysteryflowers 🌼